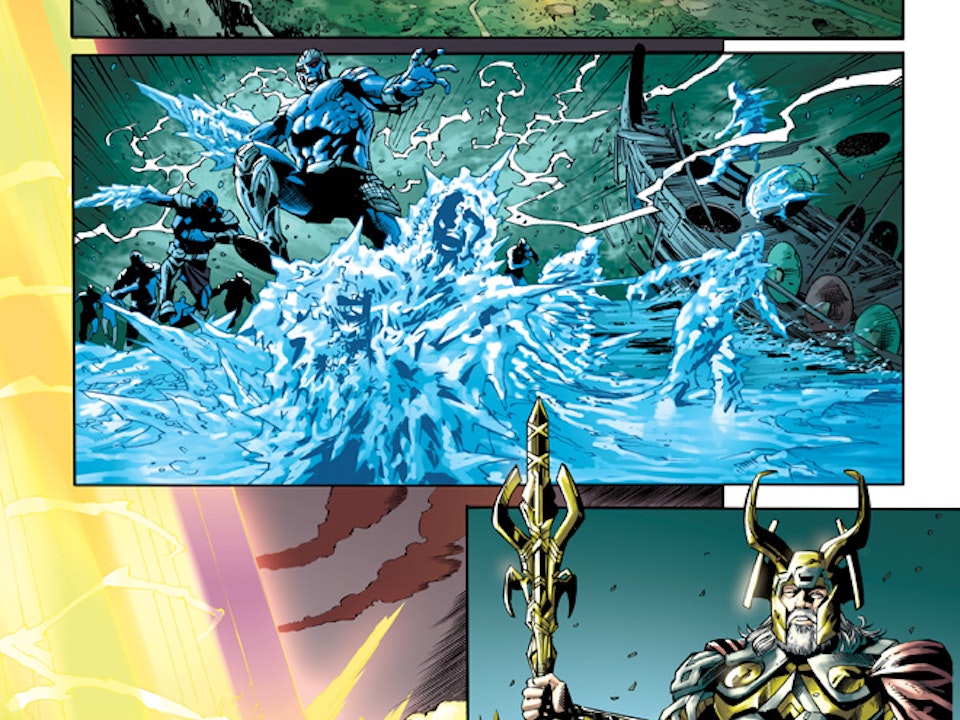 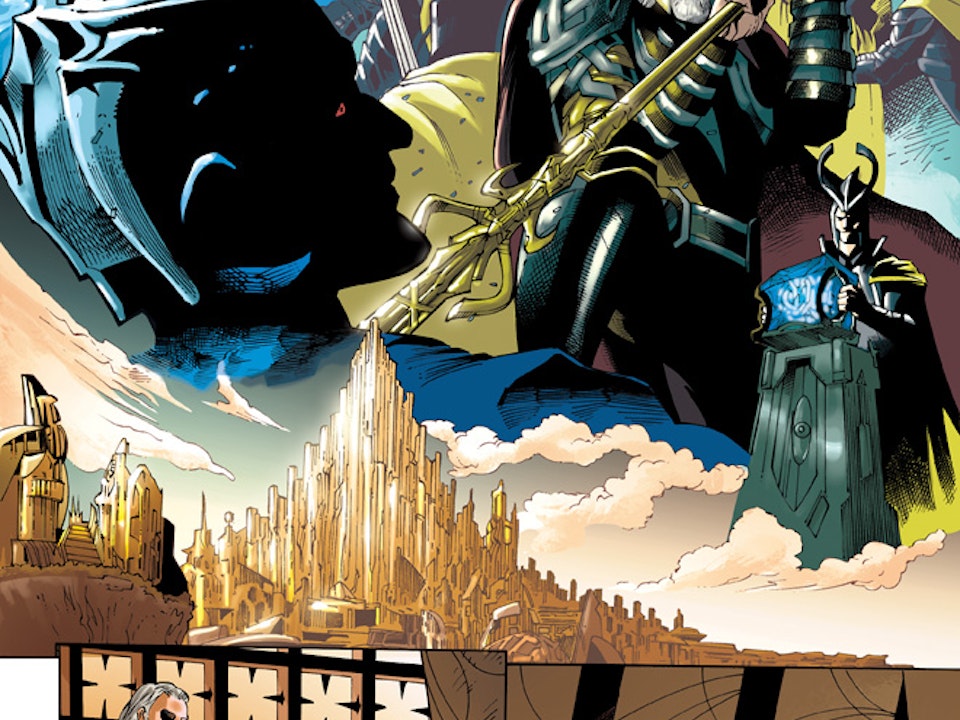 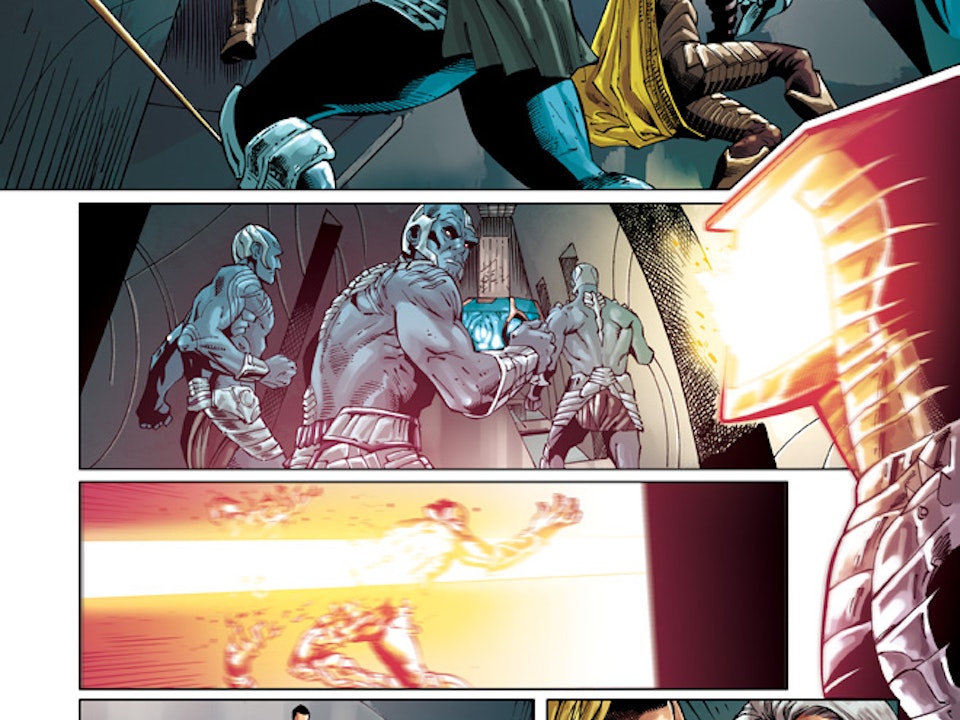 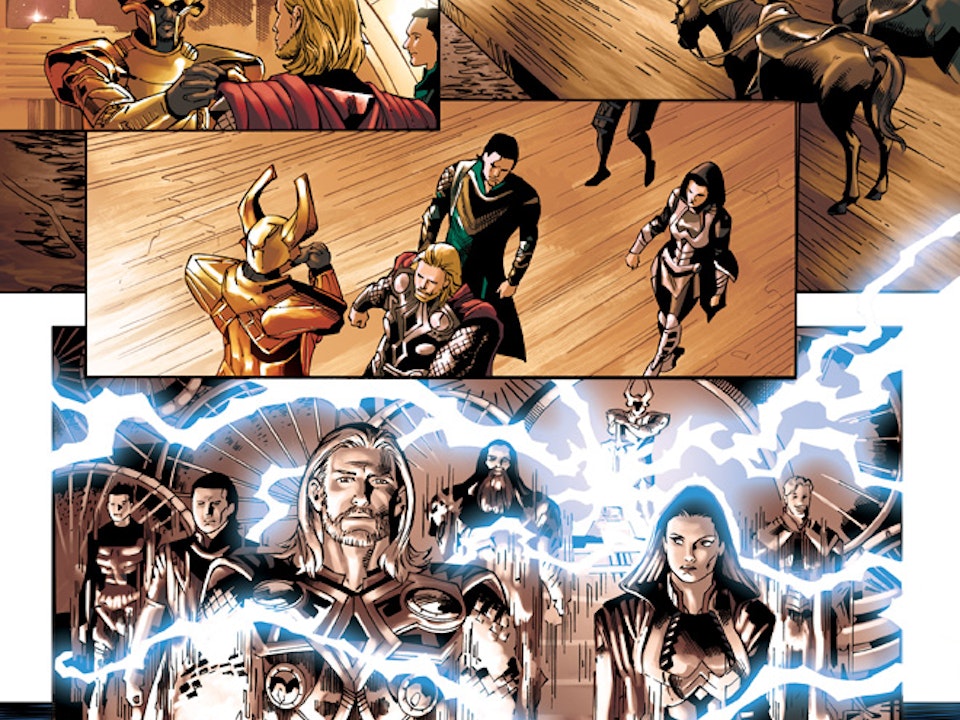 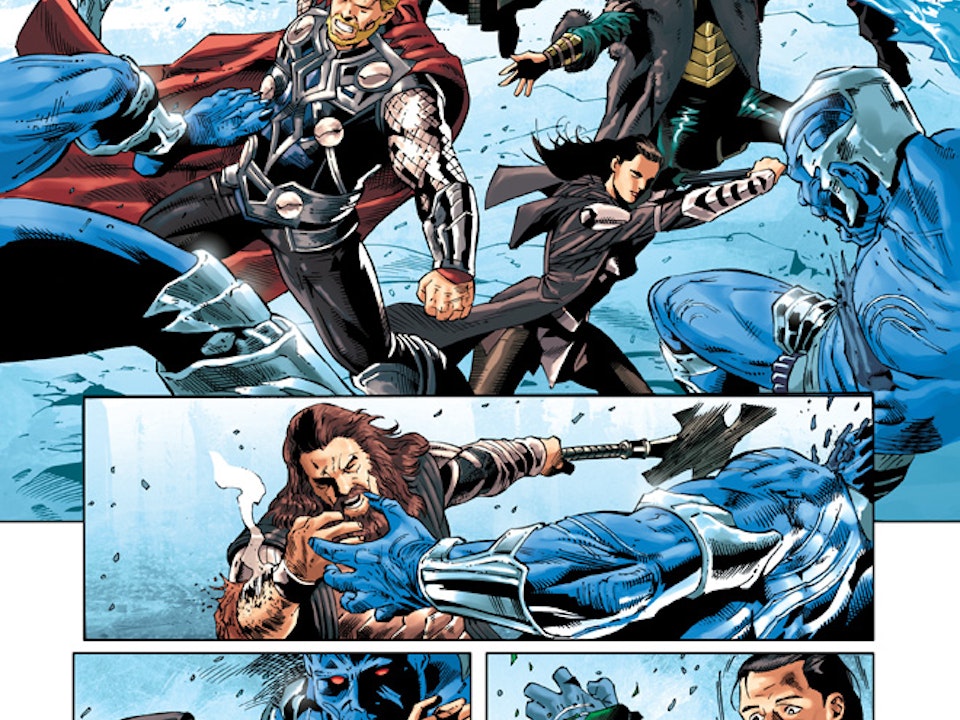 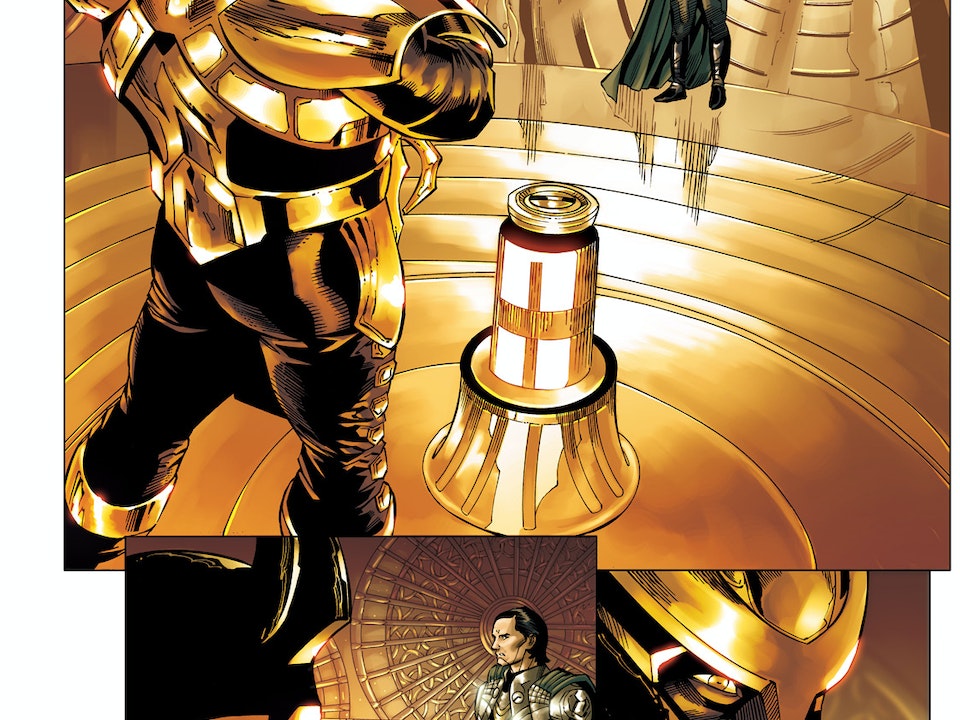 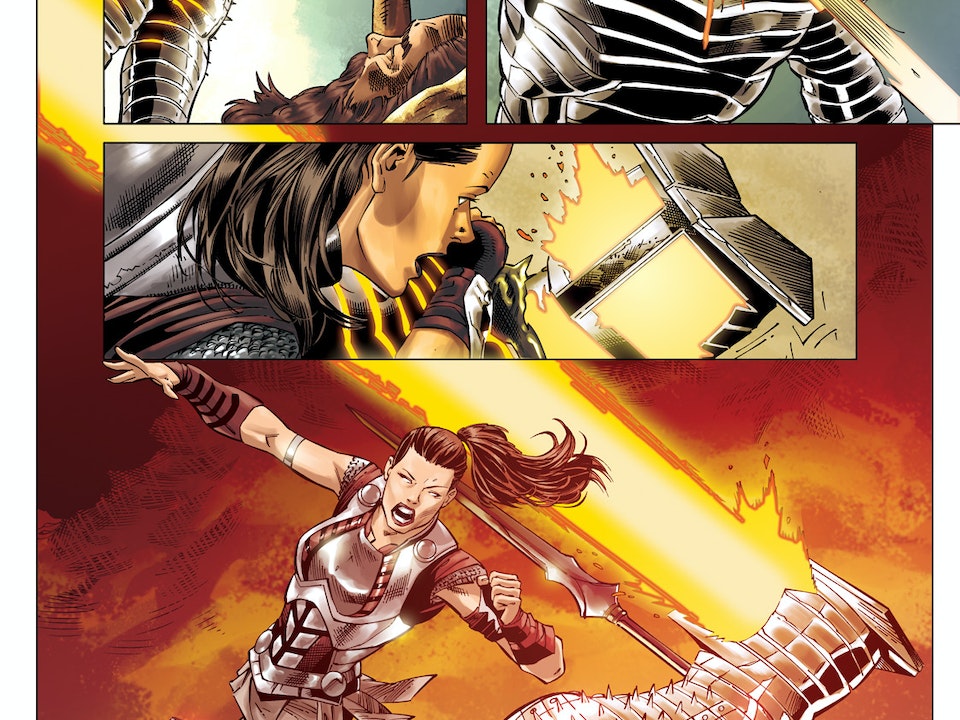 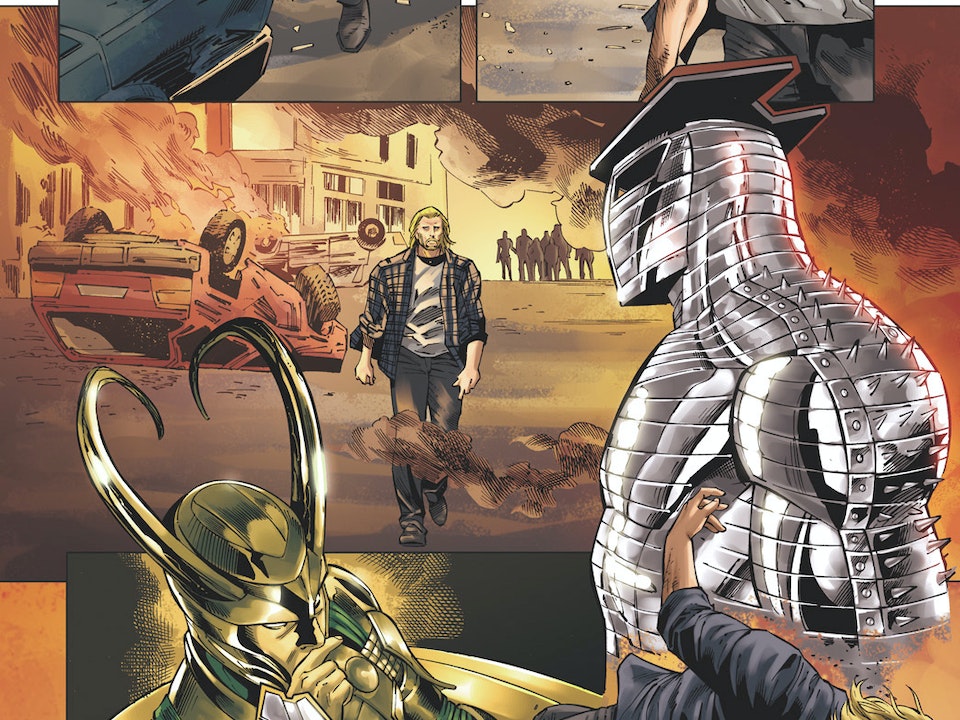 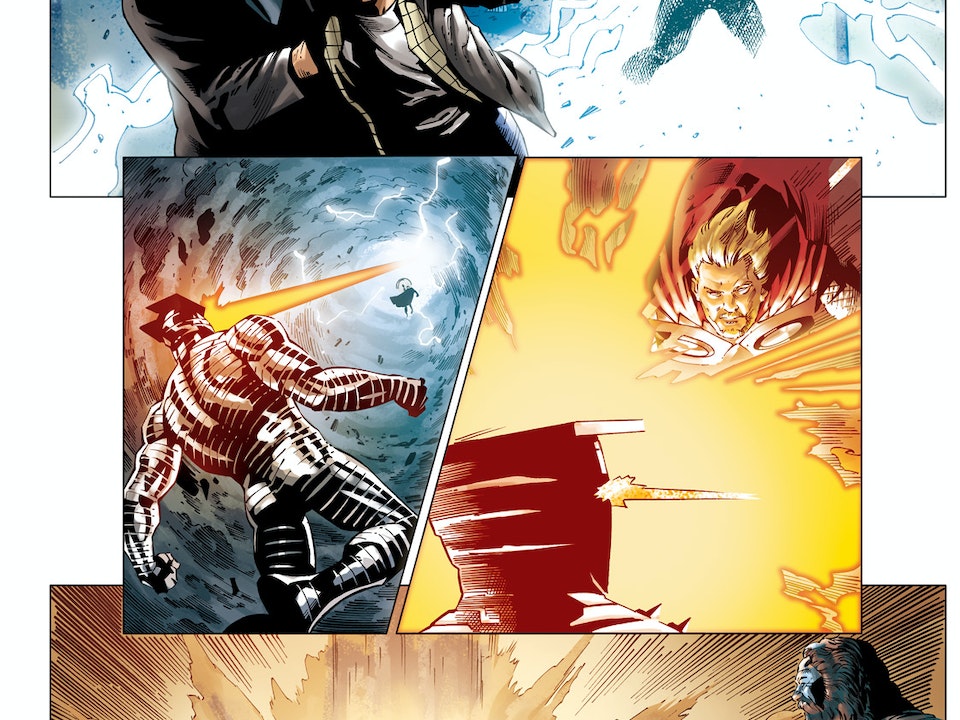 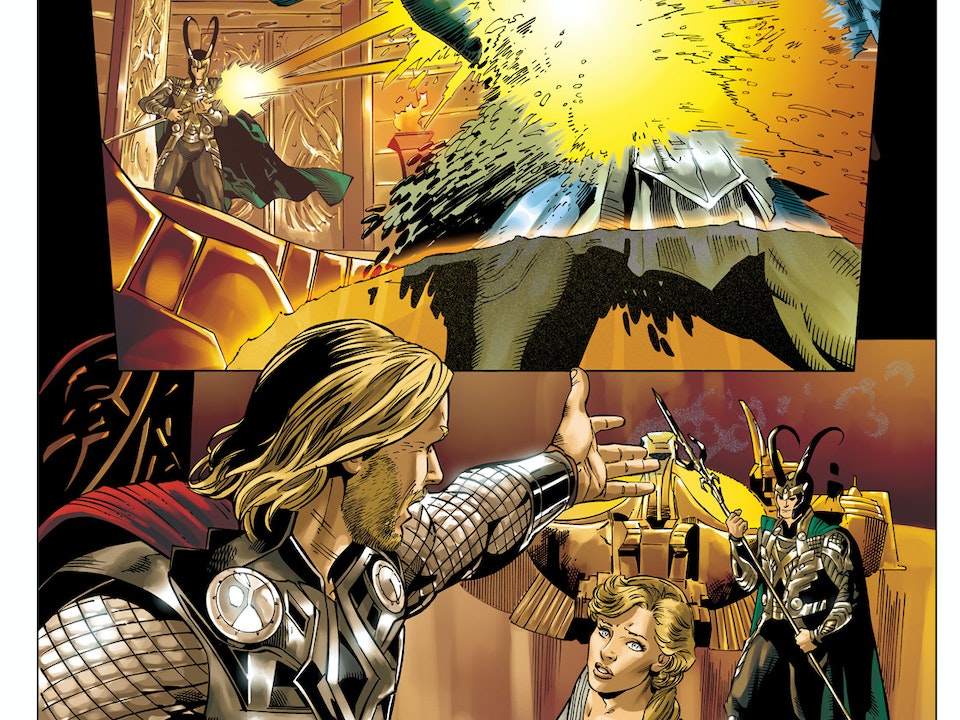 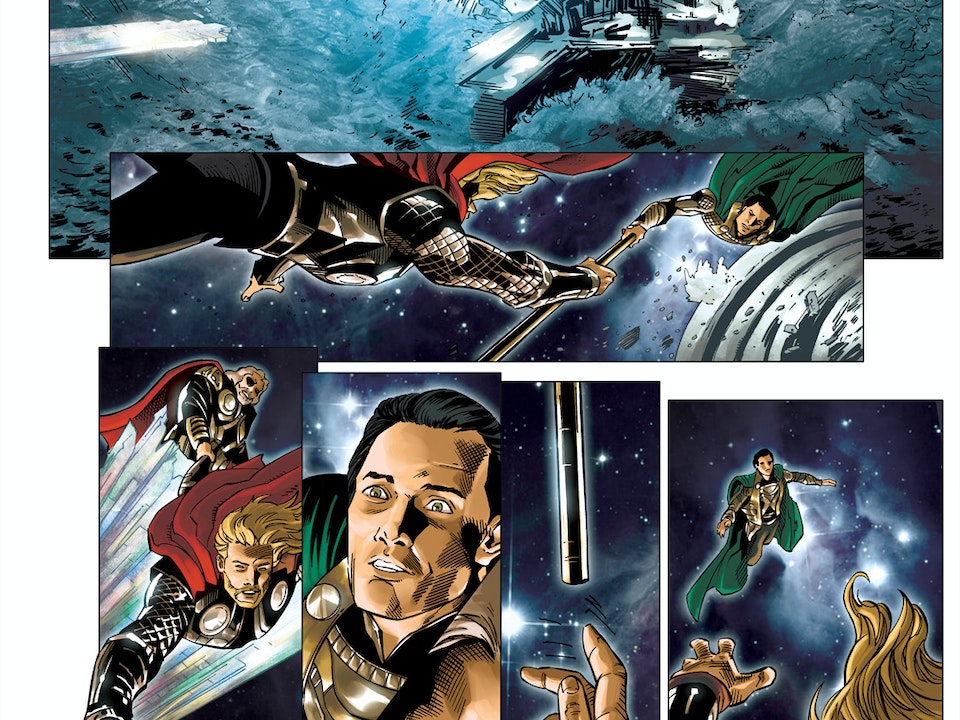 This is a project I didn't see coming.

A marvel editor contacted me in 2012 telling me that they had one week to color issue #1 of the first Thor's movie adaptation.
Of course I said yes.

My challenge here was to reproduce the same exact atmospheres of the movie, scene by scene. You can actually follow the movie and see as it worked out just fine.
Odd enough, this is one of the very few projects on the U.S. market that has the name of my studio  (Overdrive Studio) in the credits, instead of mine. The talented Michele Nucera helped my out on this one.